Photos and Text By John Baker 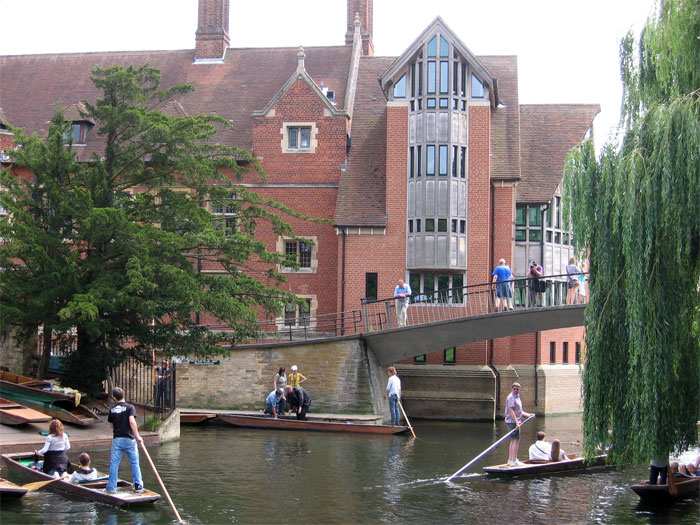 Excerpts from Carpenter’s autobiography, which we have collected under the title “Carpenter’s Cambridge in his own words”, along with the collection of letters to Charles Oates, give the background to his years at Cambridge – whilst this photo essay offers some imagery of the places with which he was most closely associated.

Thanks to the generousity of Trinity Hall, and at the kind invitation of its Master, Professor Martin Daunton, we spent a fascinating morning visiting the college. Photos 2 & 3 showing Trinity Hall. Welcomed for coffee at the Master’s Lodge, we viewed archive pictures, including a portrait of A.E.Beck, Carpenter’s close college friend who later became Master of Trinity Hall, and Mrs. Daunton, the Master’s wife, shared some of her own research into the Beck family. 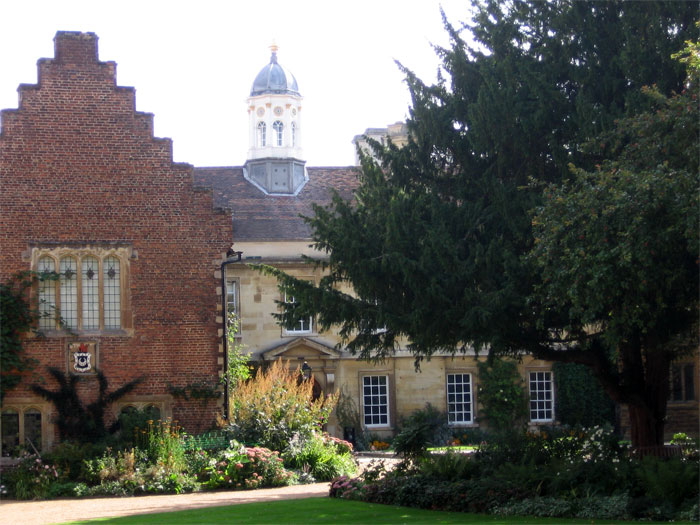 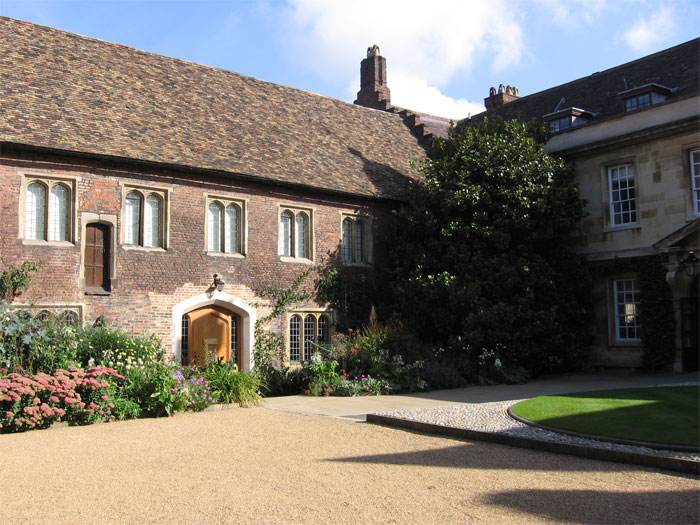 From here we walked out into the Fellows’ Garden, with its strong Carpenter associations, and its fine views of the river. 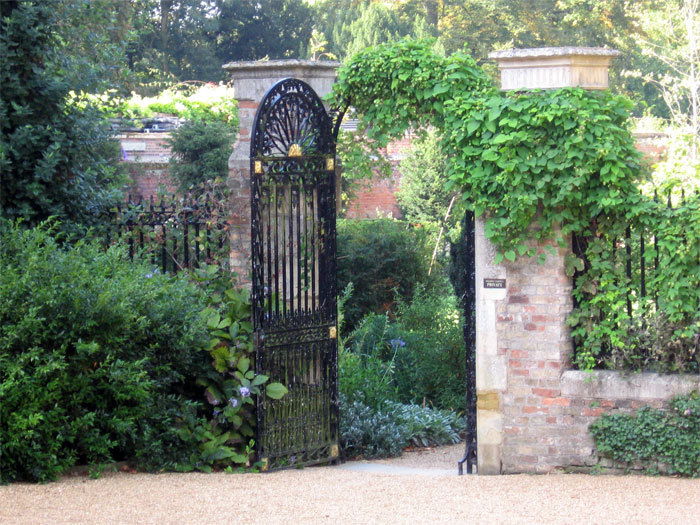 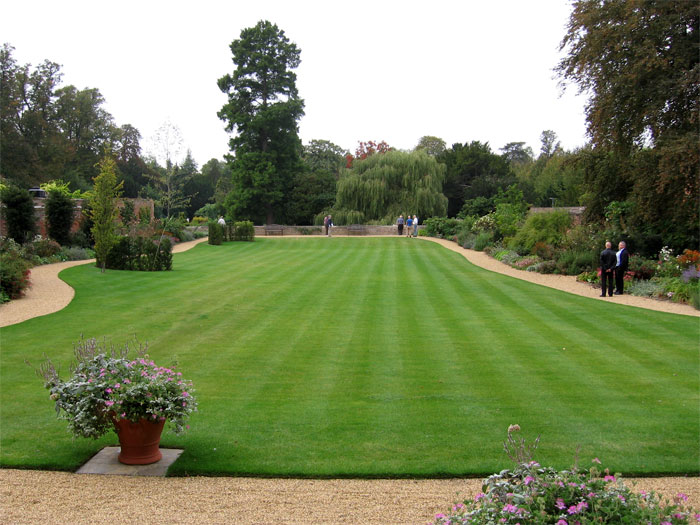 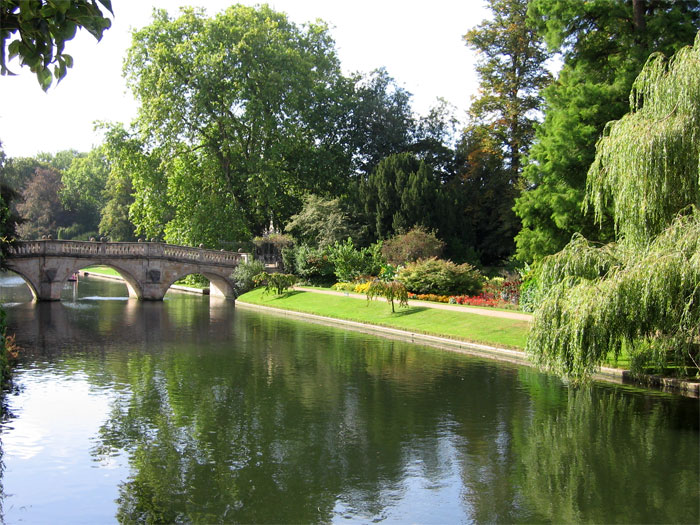 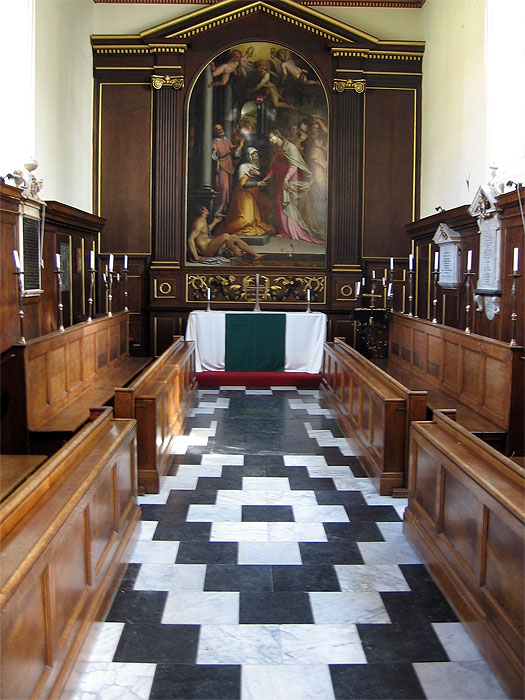 Trinity Hall Chapel.
Our tour of the college buildings and treasures then continued under the guidance of Alison Hennegan, a Fellow of the college. Alison, already known to some of us through her years as literary editor of the Gay News, has published on both Oscar Wilde and Radclyffe Hall, and teaches on E.M.Forster as part of the English Literature syllabus. Her knowledge, enthusiasm and kindness, along with her affinity for Carpenter and his ideas, greatly added to the occasion.

Our tour included the chapel, with its memorial to Carpenter’s radical colleague Henry Fawcett, Professor of Political Economy, and the dining hall with its portraits of past luminaries. Fellow Librarian, Dr. John Pollard, also took us into the fascinating Tudor Chained Library, the oldest original library in Cambridge. Carpenter records having duties within the library, and its priceless collection includes the Nuremburg Chronicle of 1493, and a charter and signature of Elizabeth I. 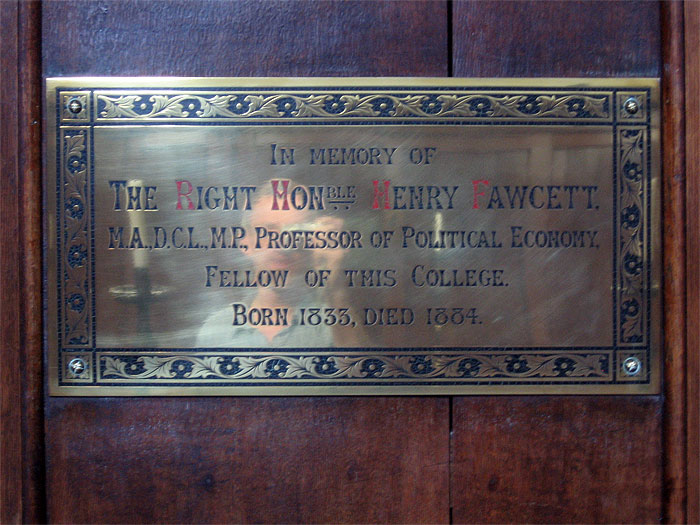 From here we had time to wander through the grounds and to enjoy an excellent lunch. 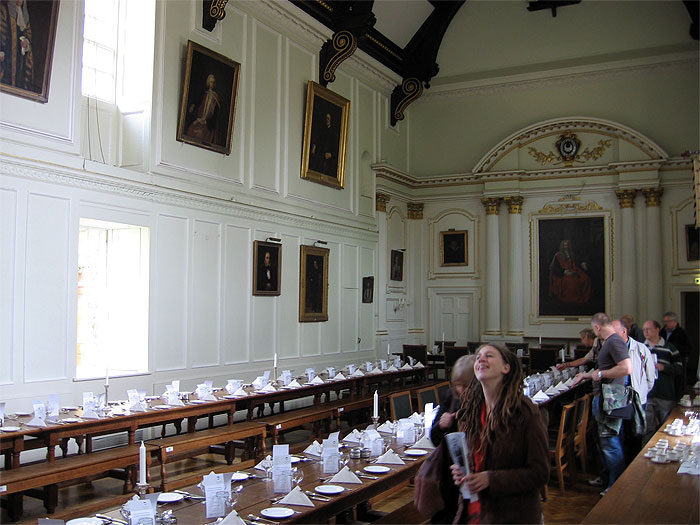 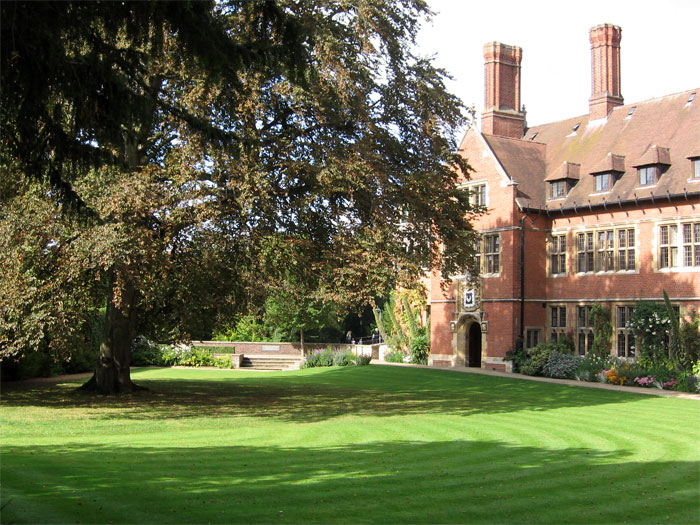 Our afternoon took us to St. Edward’s Church where Carpenter served as curate. 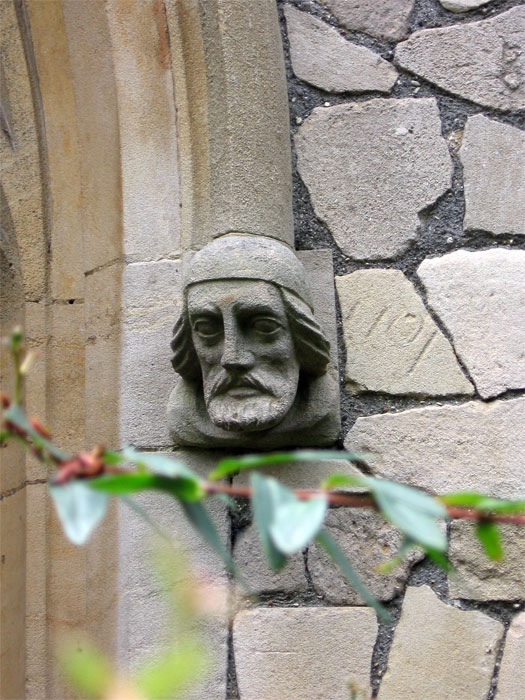 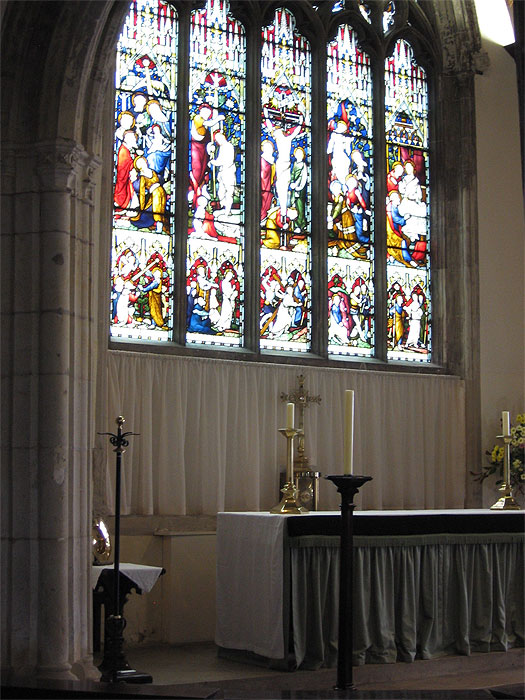 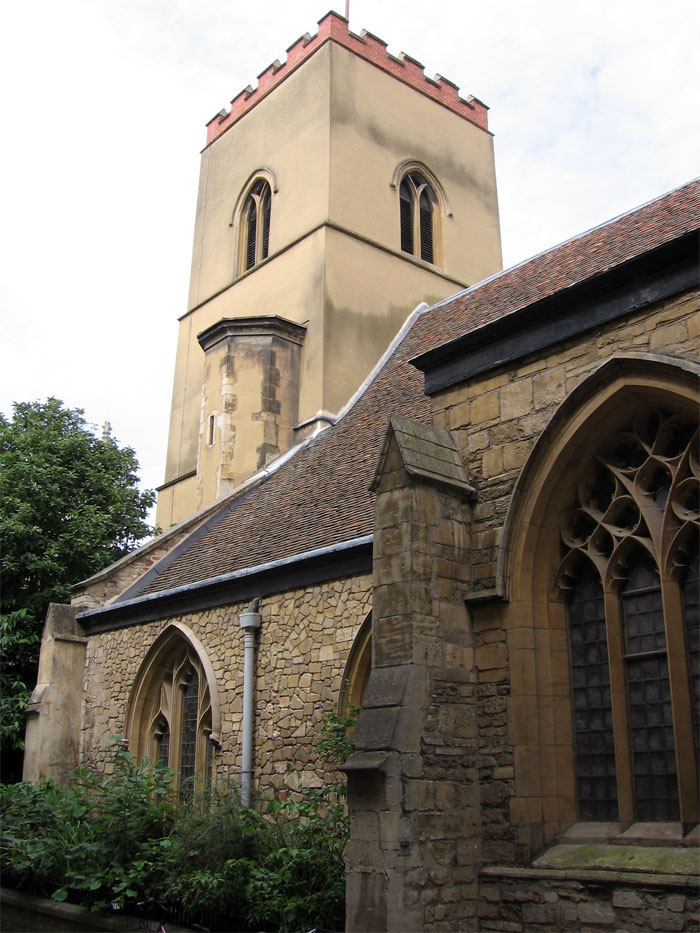 The church has long associations with Trinity Hall, and an important place in the history of the English Reformation . 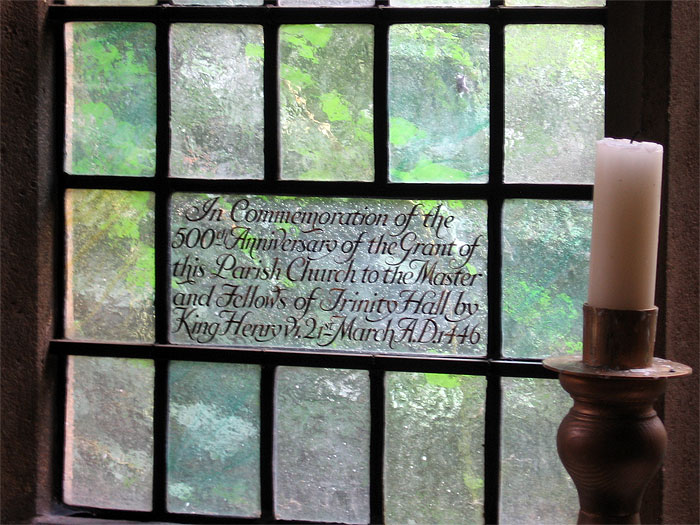 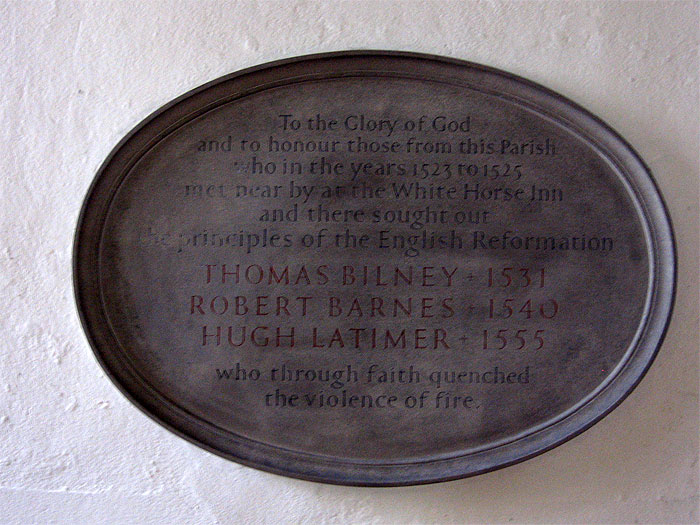 Plaque commemorating leaders of the Reformation. 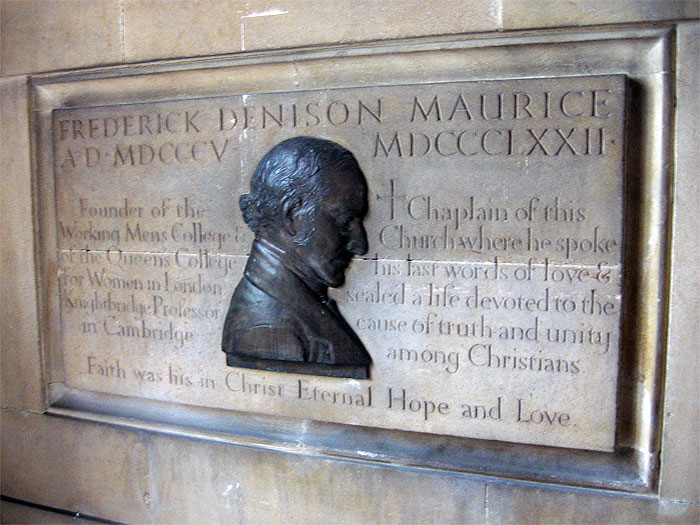 We were welcomed by the Chaplain, Canon Dr. Fraser Watts - and our John Peirce, himself a retired Anglican priest, was then invited to deliver one of Carpenter’s own sermons, that had been given in 1872 (and which can be read here as part of our collection of Carpenter writings). 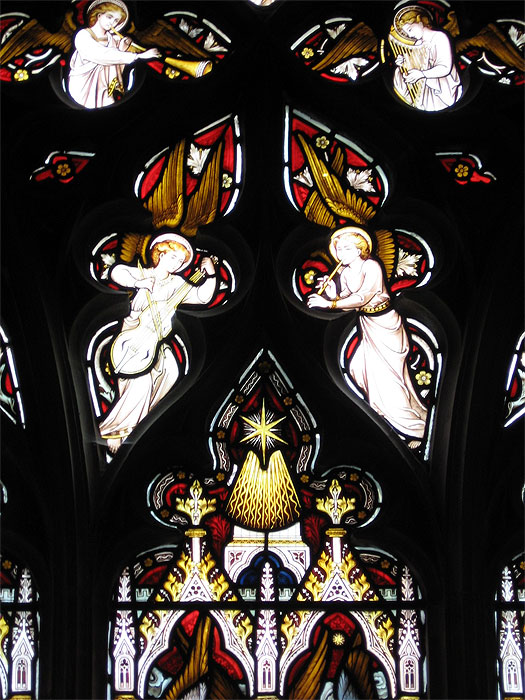 From St. Edward’s Church, the group walked out beside the River Cam (where Carpenter records having spent many happy afternoons), following the footpath to Granchester. There our afternoon concluded with cream teas under the apple trees at the Orchard tea rooms, of Rupert Brooke fame. 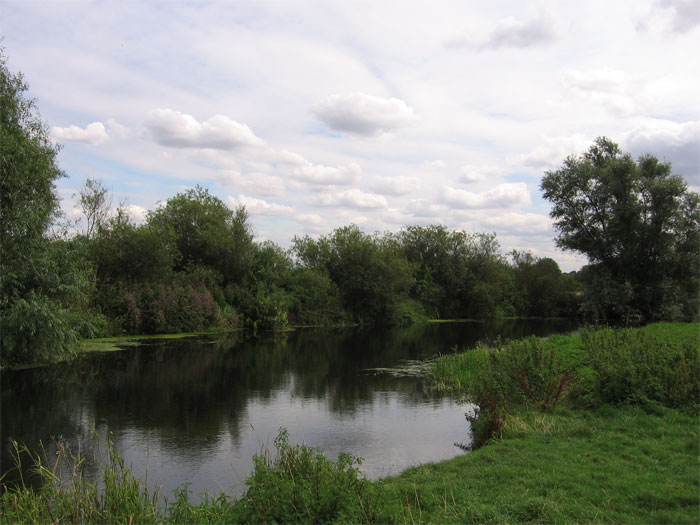 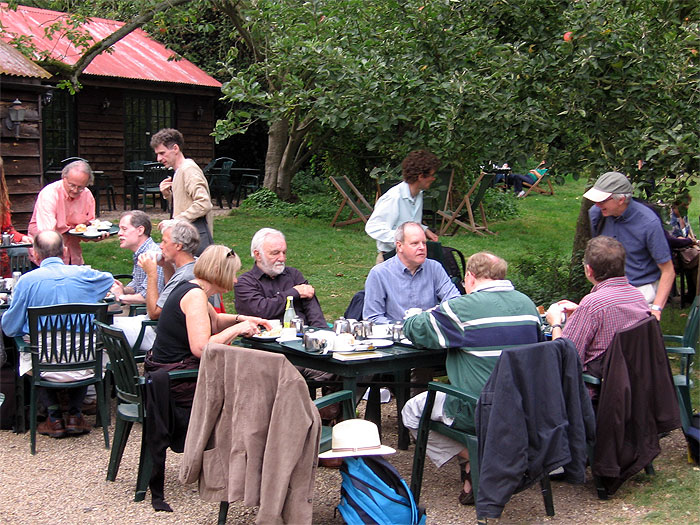 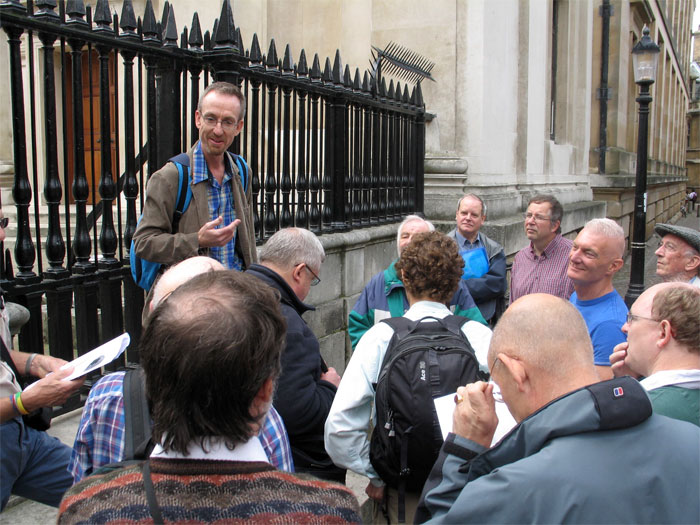 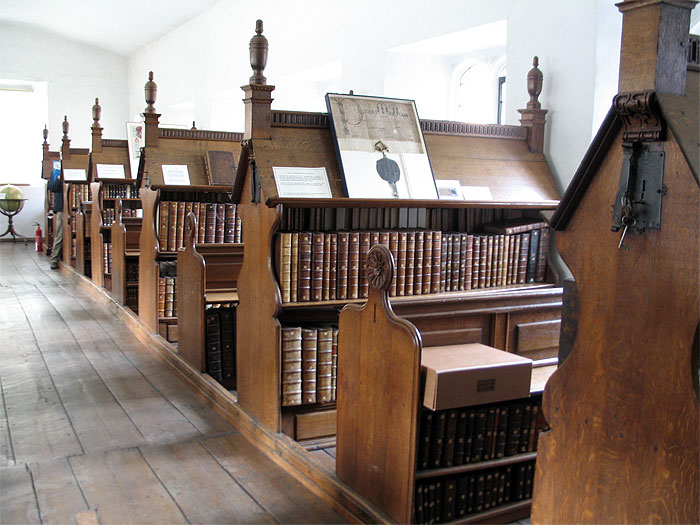 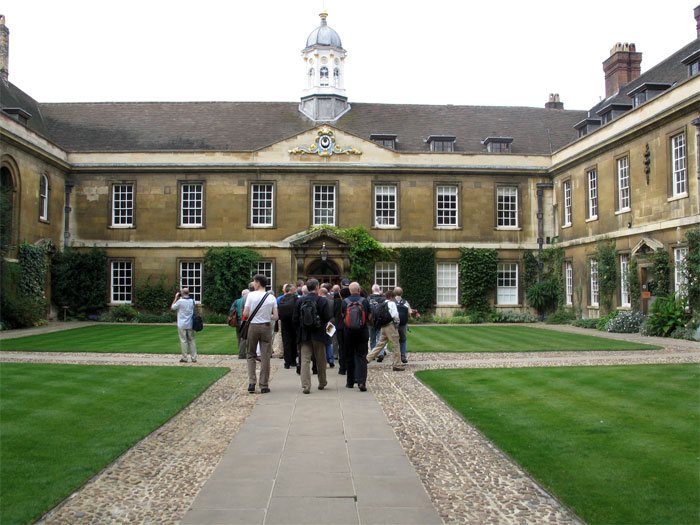 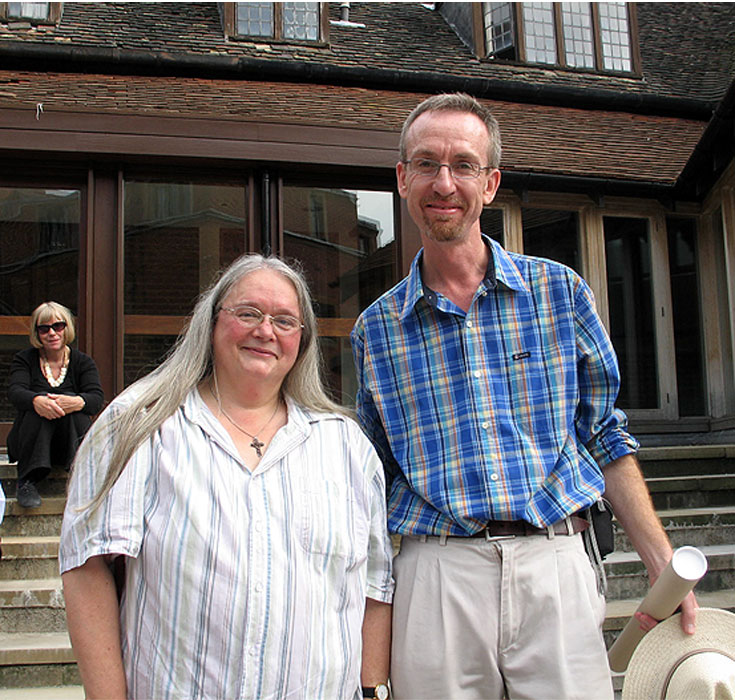