Over the past few years a number of us have had the chance to visit Carpenter House at Millthorpe, where Edward Carpenter lived for nearly 40 years. In 2005 and 2006 groups from the Edward Carpenter Community have also been to explore Millthorpe and the surrounding area, as part of ECC events to celebrate Carpenter’s life. It was during the second of these, in May 2006, that the formation of an Edward Carpenter Forum was proposed. The following photographs give a glimpse of Millthorpe as it looks today. 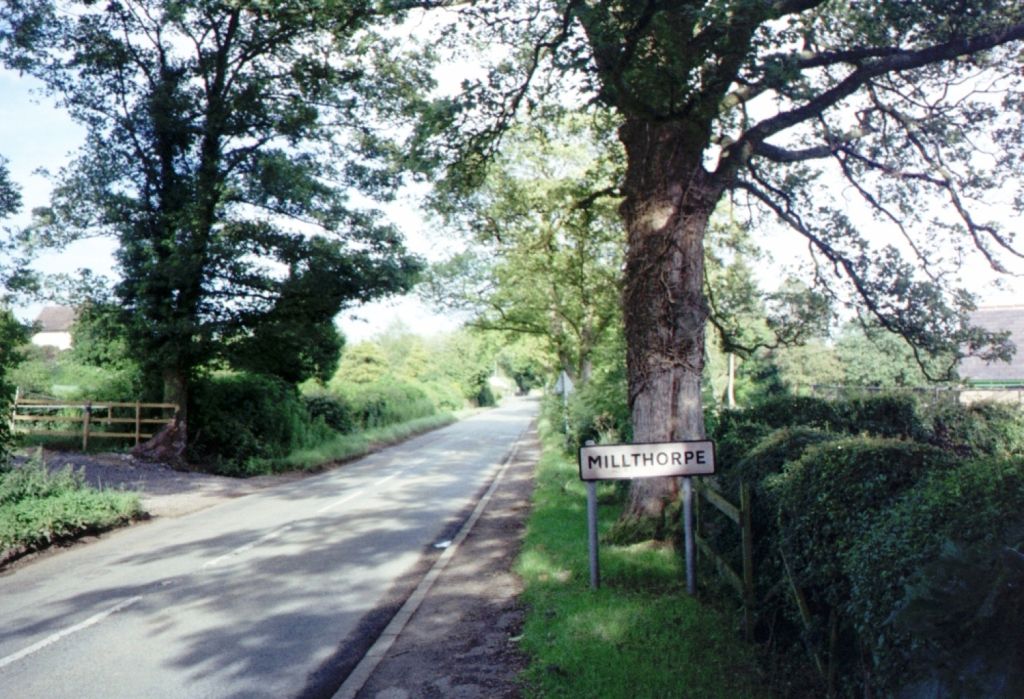 Millthorpe lies in Derbyshire, about 10 miles south of Sheffield. 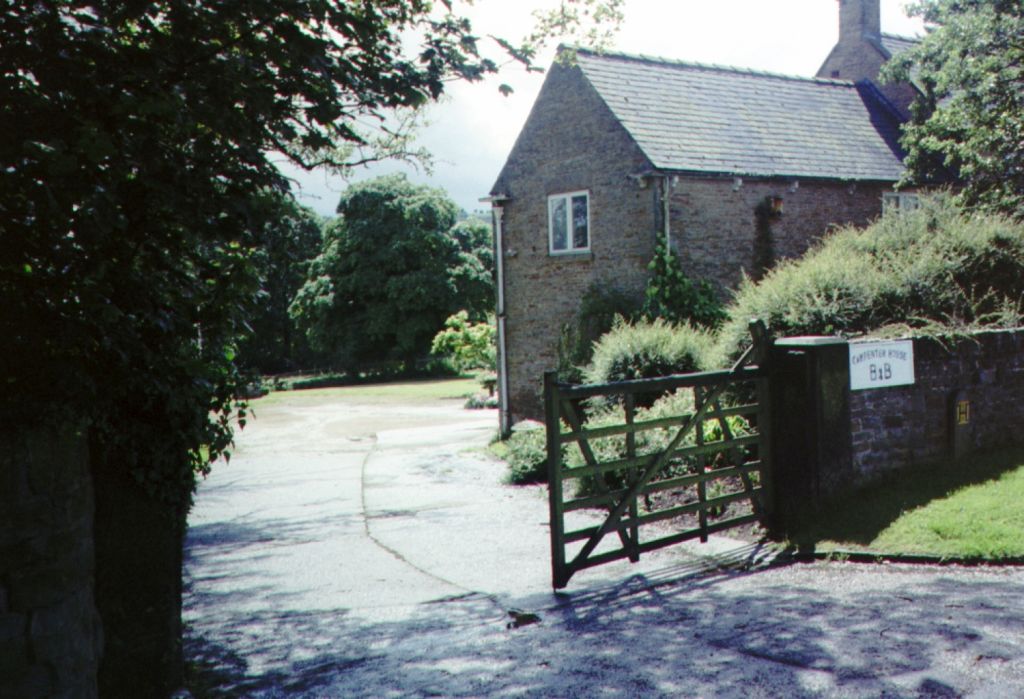 Carpenter House is currently run as a 'Bed & Breakfast', the owner kindly welcoming us to look round. 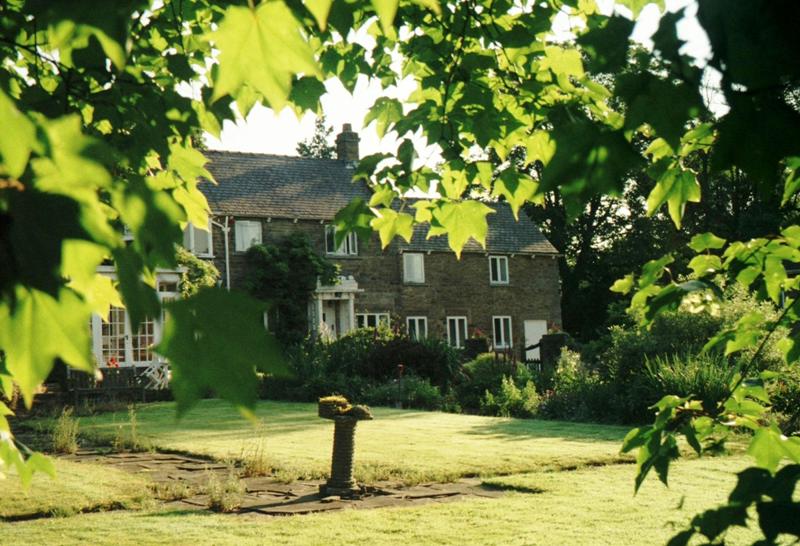 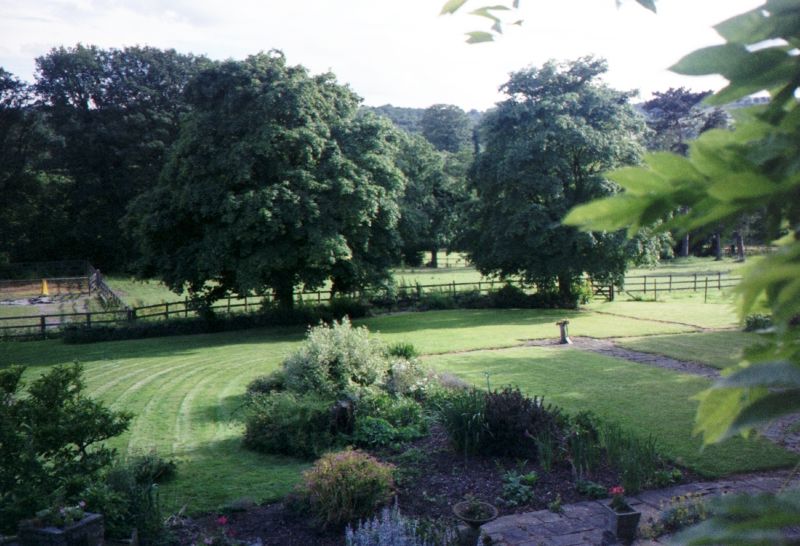 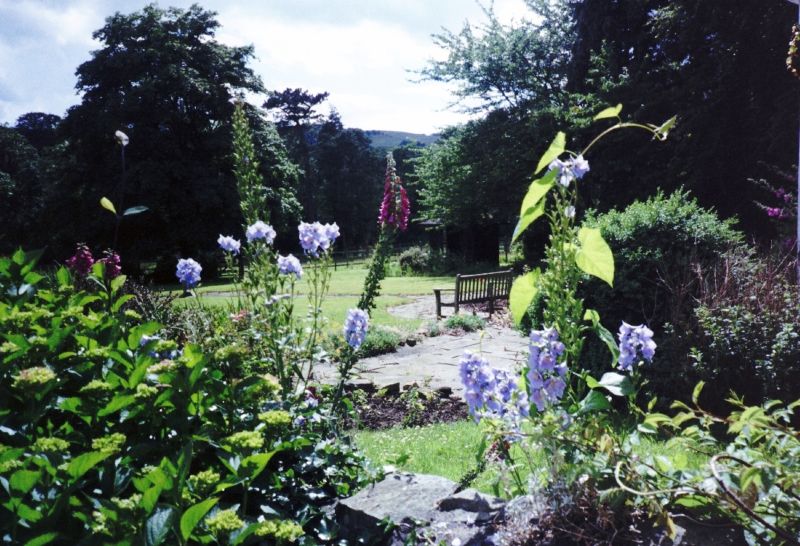 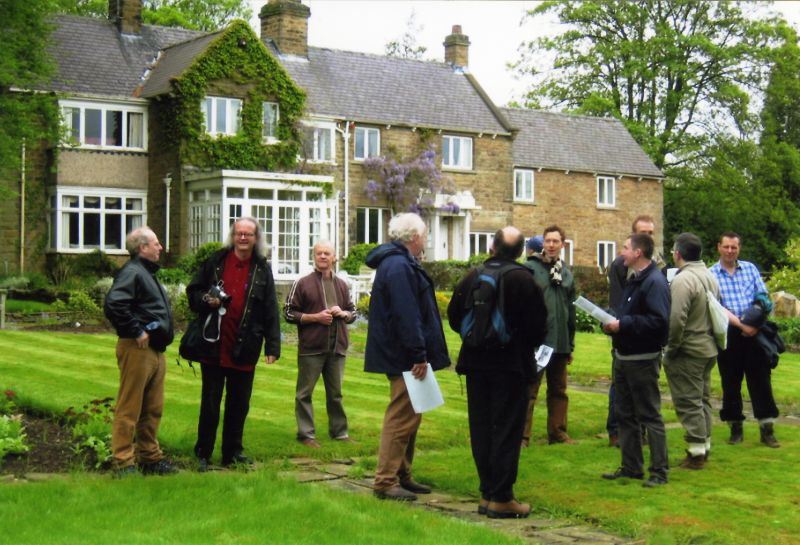 Some of the ECC group visiting the house, May 2006. 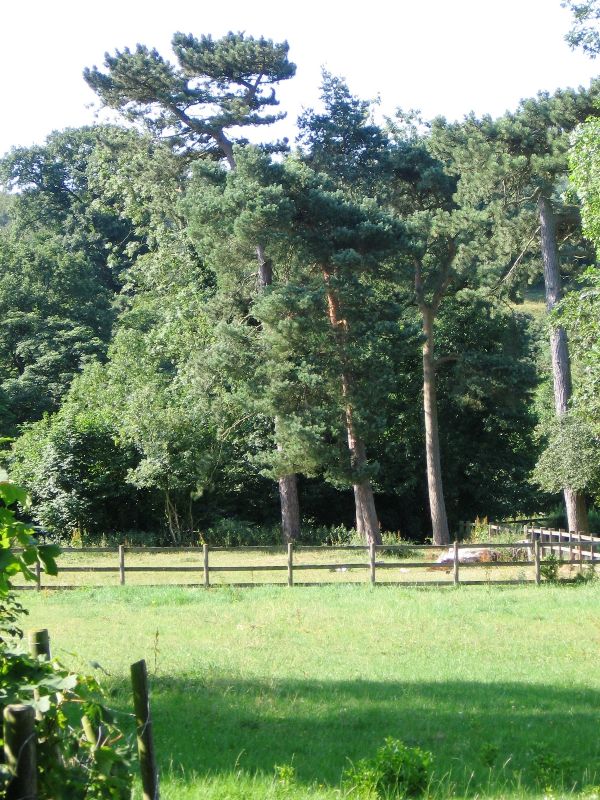 The hut that Carpenter built by the millstream, and where he went to write, stood beneath the Scots Pines. 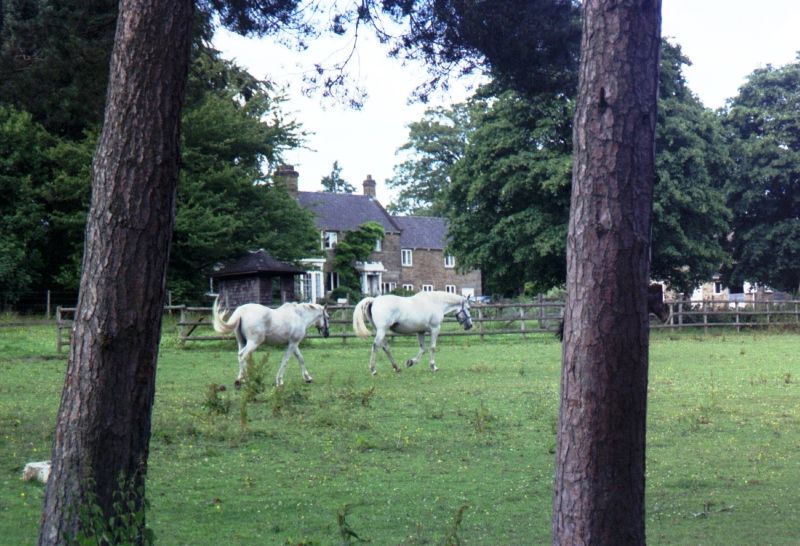 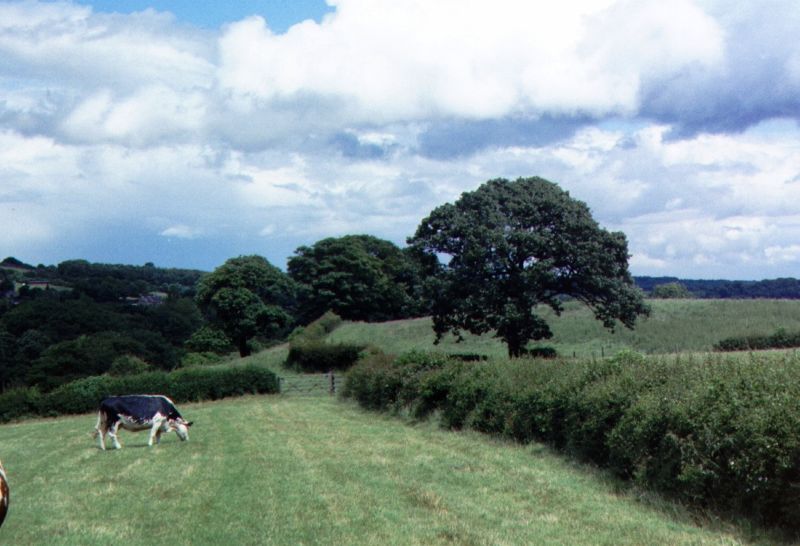 A walk along the south side of the Cordwell valley. 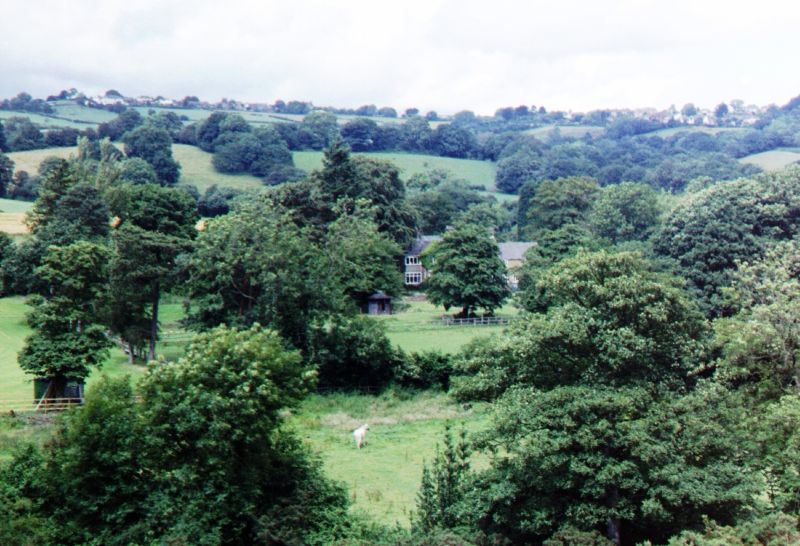 The view of Carpenter House below, with Holmesfield village on the horizon. 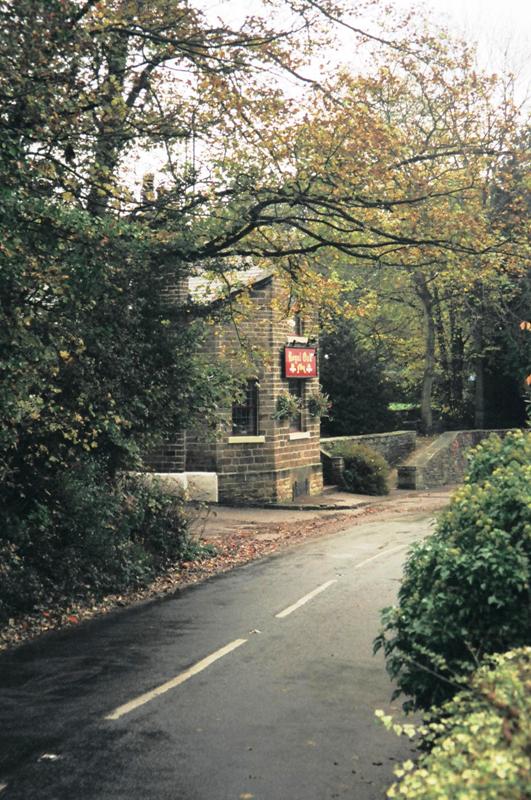 The Royal Oak Pub at Millthorpe, in which Carpenter’s partner, George Merrill, sank many a pint, and where Carpenter played the piano for Sunday evening sing-a-longs. 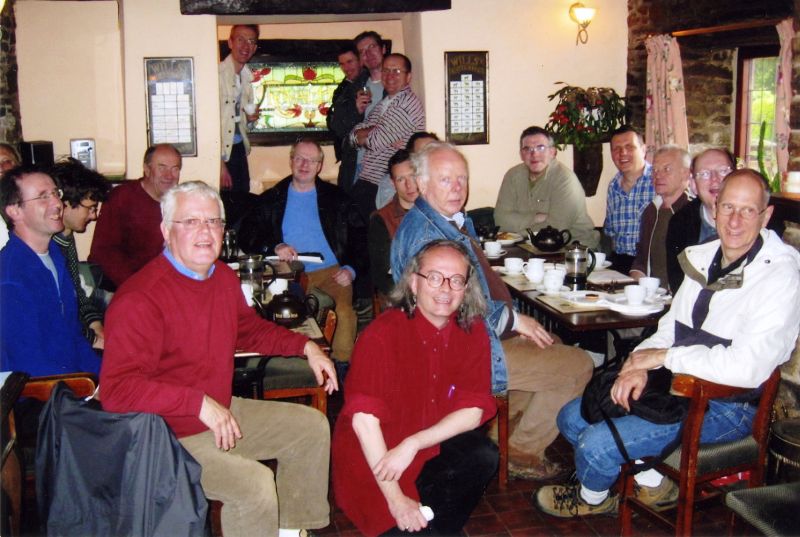 Enjoying afternoon tea at the pub, May 2006 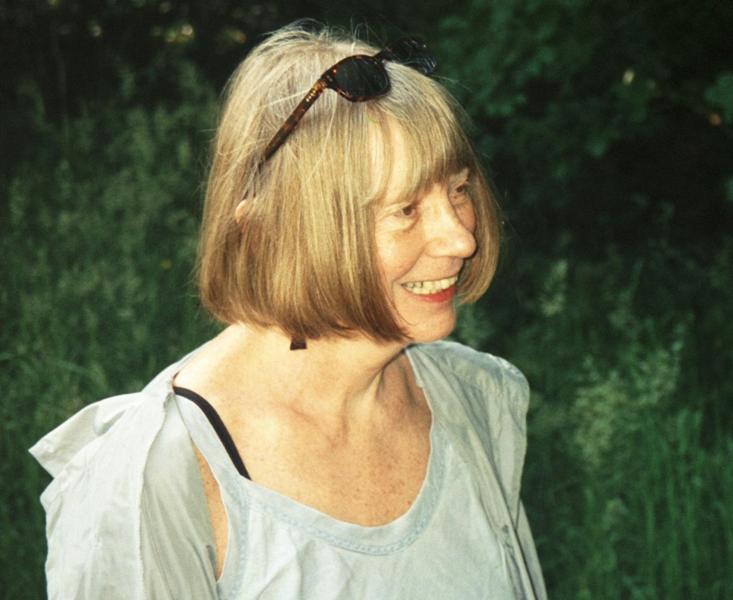 Eminent feminist and political historian, Sheila Rowbotham, professor at Manchester University, visited the events in both 2005 and 2006. She spoke to us first on Carpenter’s socialism, and then, in May 2006, on his relationships with women. Sheila has had a long standing interest in Carpenter, first publishing on him in 1977. Sheila is currently preparing a major new biography of Carpenter. 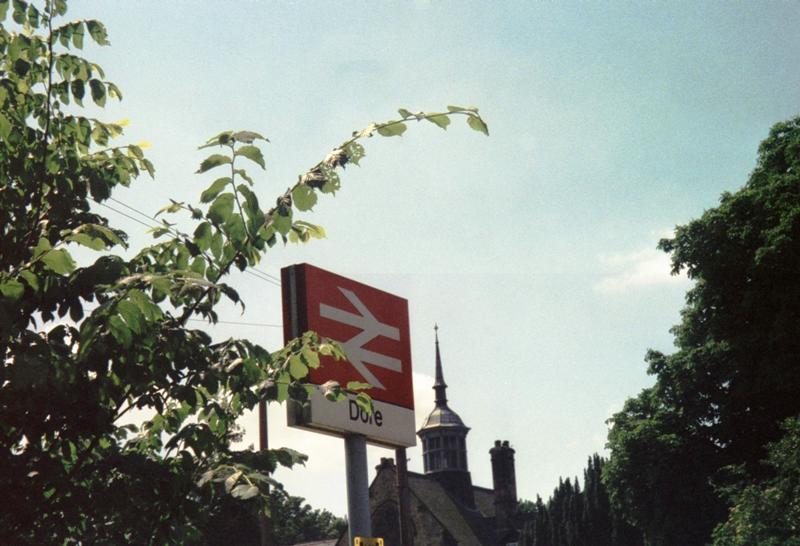 Two or three miles from Millthorpe, the station of ‘Totley and Dore’ was where Carpenter first met George Merrill in 1891. 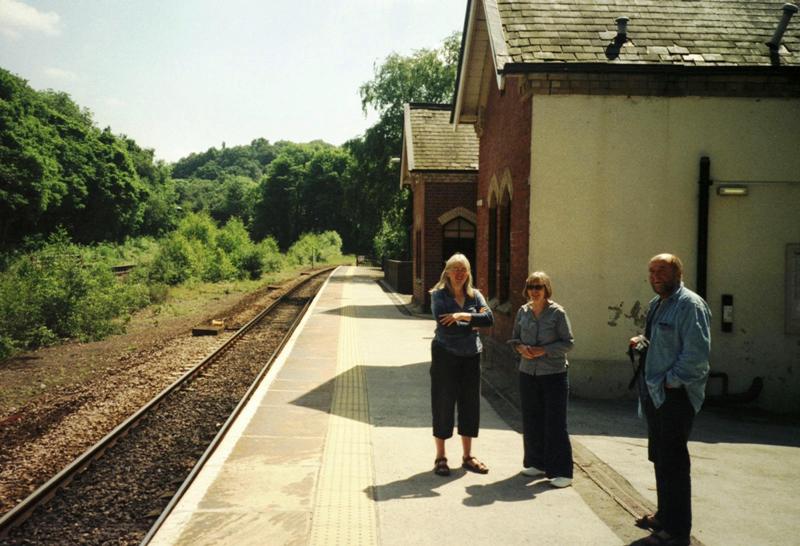 Sheila Rowbotham on the station platform, with Sally Goldsmith and Rony Robinson our local guides and Carpenter enthusiasts. 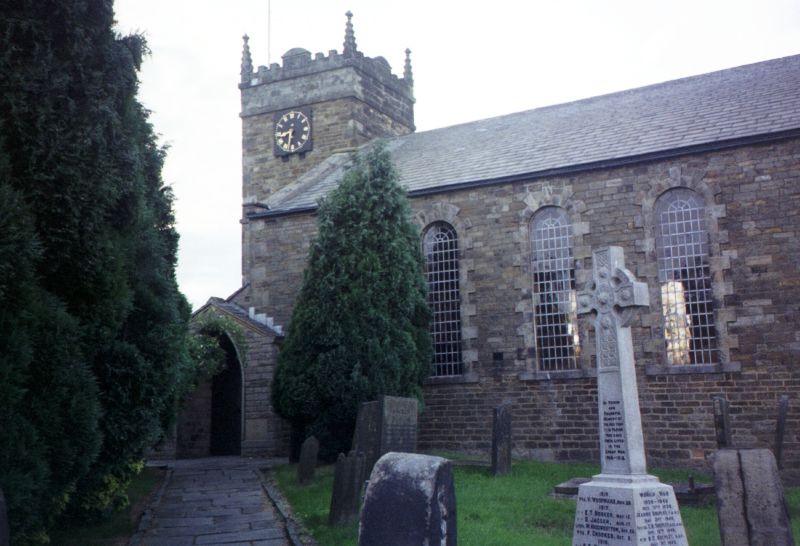 Here is to be found the grave of George Hukin and his wife Fanny, and the graves of others from Carpenter’s circle. 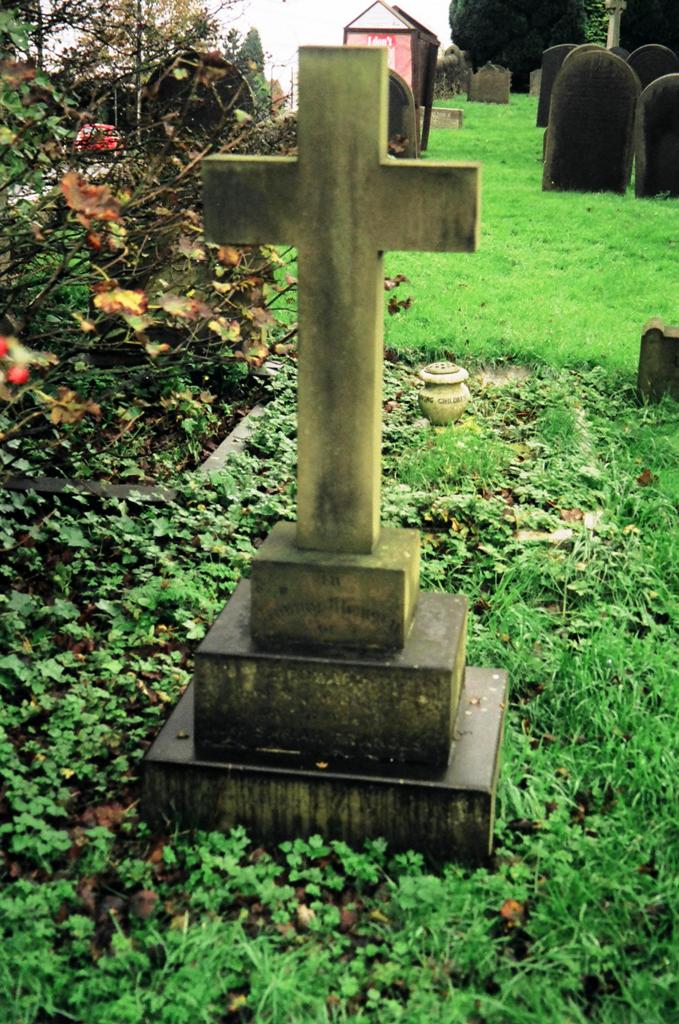 The Sheffield razor grinder, George Hukin, was perhaps Carpenter’s greatest love. We laid flowers on his grave, and read Carpenter’s poetic description of him from Towards Democracy. 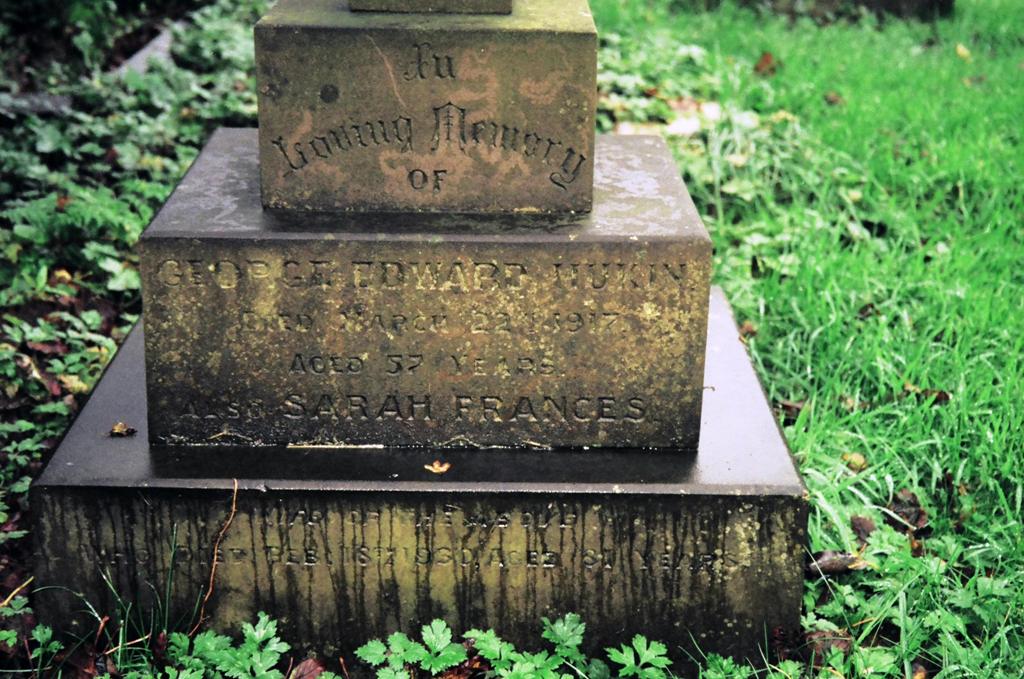 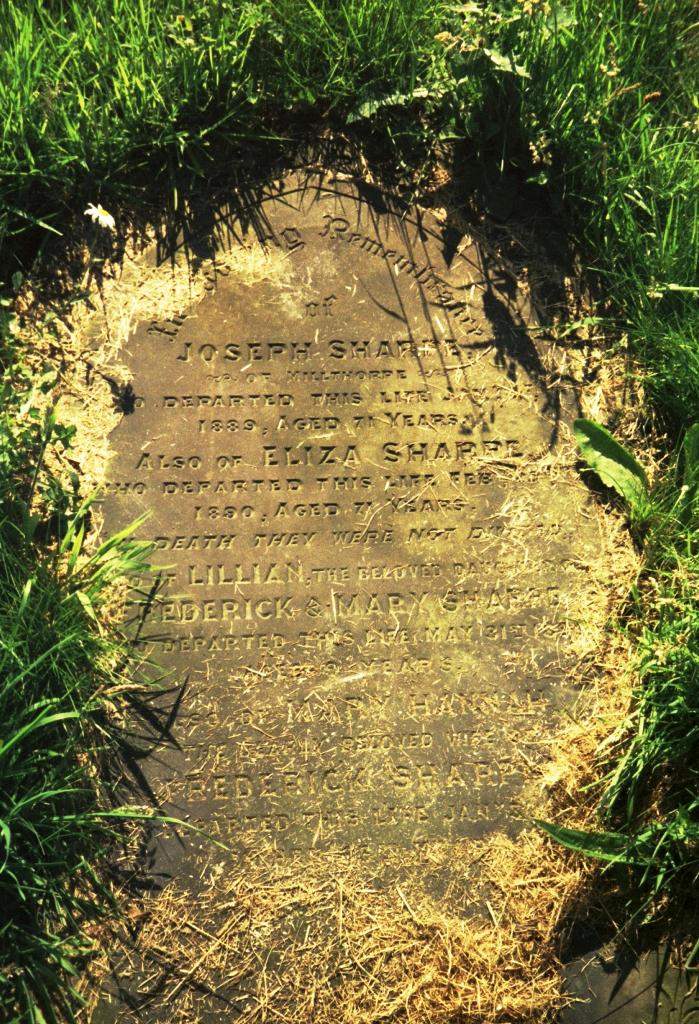 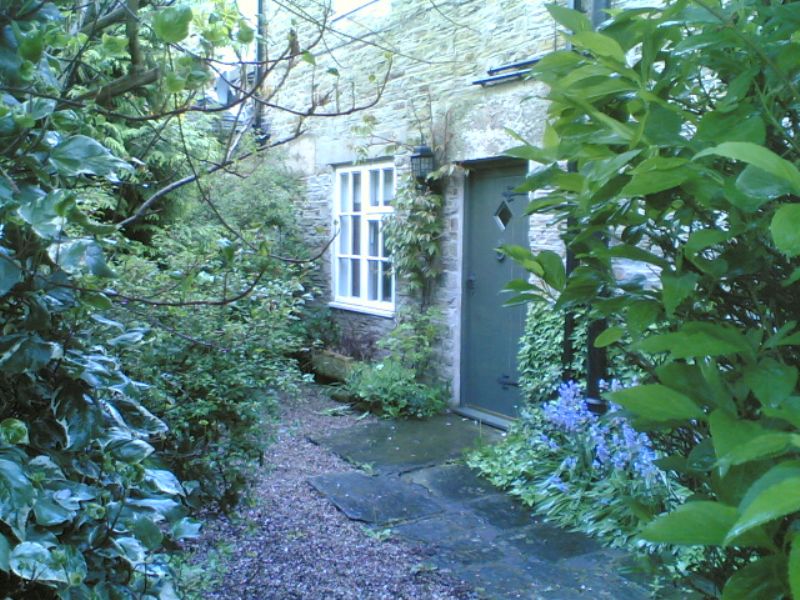 On first coming to the area in 1880, Carpenter stayed at Charles Fox’s farm in the hamlet of Bradway, lodging with the farm labourer Albert Fearnehough and his family in their cottage. A time of great happiness for Carpenter, it was here that he wrote the first part of Towards Democracy. Although now buried within a housing estate, the old stone buildings of the farmhouse and the cottage can still be seen. And in May 2006 the group was surprised to discover a relative of the original Charles Fox still living in the old farmhouse. 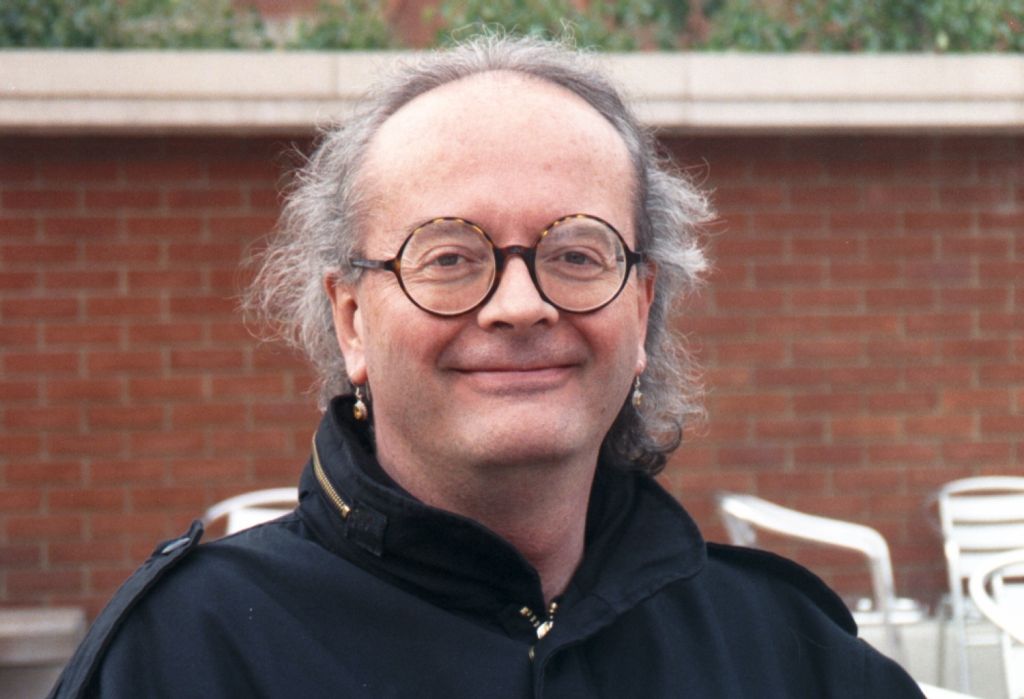 Joey Cain from San Francisco, for many years a student of Carpenter, joined us in both 2005 and 2006. He spoke on Carpenter’s relationship with Walt Whitman and the evidence for a love affair between the two men. He also spoke of Carpenter’s influence on the radical American gay campaigner Harry Hay, whom Joey knew well. 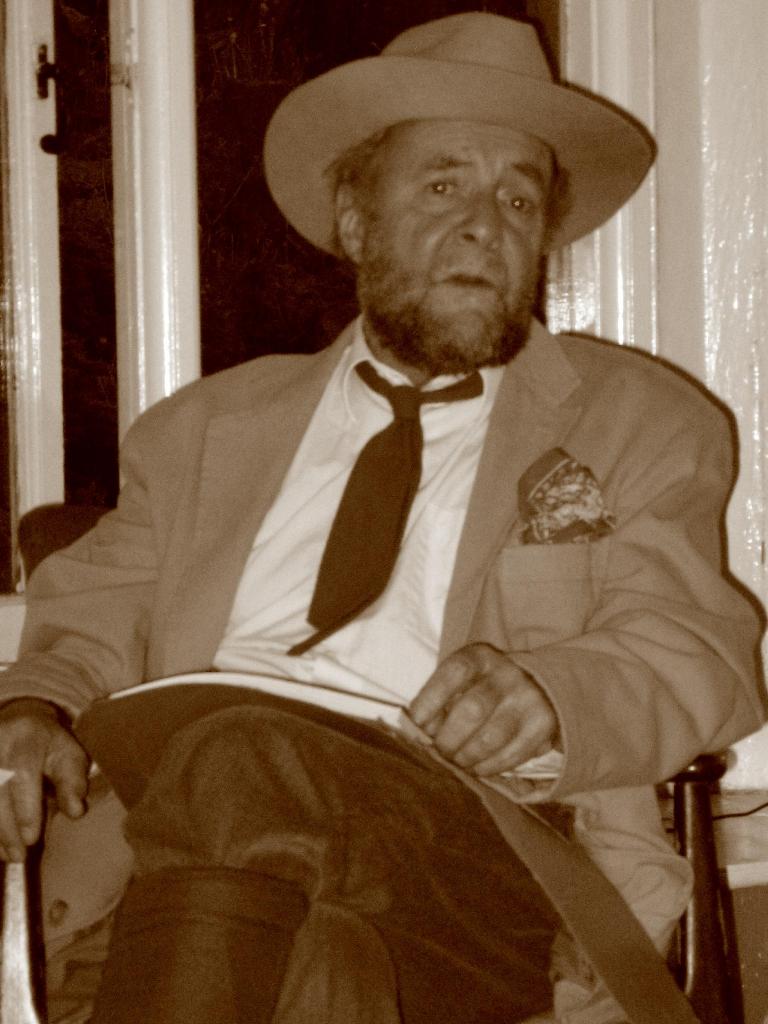 Rony Robinson, author, and presenter with BCC Radio Sheffield, was born at Totley, not far from Millthorpe. Whilst still an undergraduate at Oxford, he developed an interest in Carpenter. Over the years Rony has written two plays about Carpenter. He has also figured in more than one of Rony’s novels. Rony and his partner Sally joined us in May 2006, and Rony kindly agreed to play the part of Carpenter in our cabaret style celebration, in words and music, of Carpenter’s life and loves.