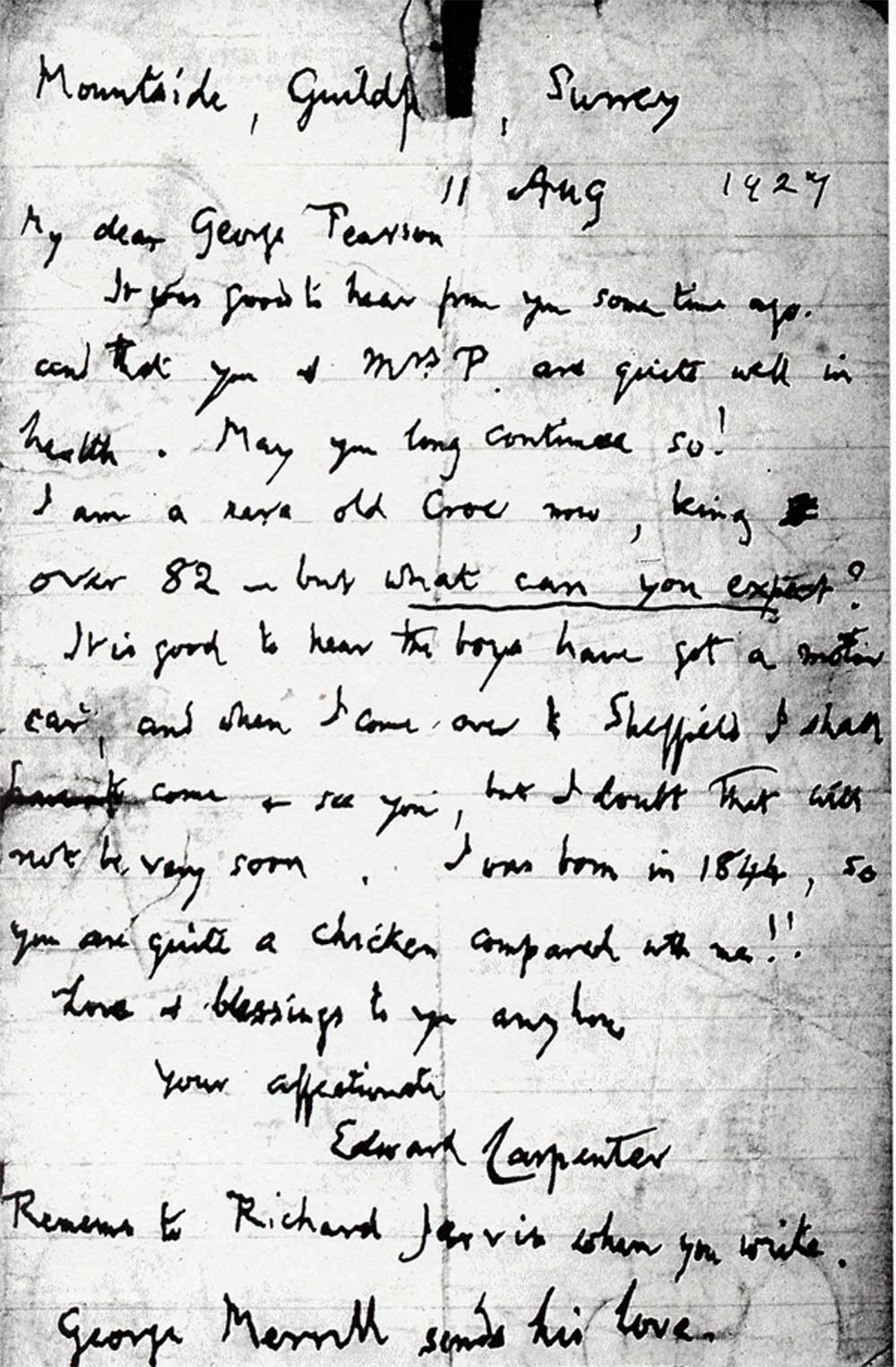 It was good to hear from you some time ago and that you and Mrs. P. are quite well in health. May you long continue so! I am a rare old Croc now, being over 82 - but what can you expect?

It is good to hear the boys have got a motor car, and when I come over (to) Sheffield I shall come & see you, but I doubt that will not be very soon. I was born in 1844, so you are quite a chicken compared with me!!

Love and blessings to you any how

Remember to Richard Jarvis when you write.